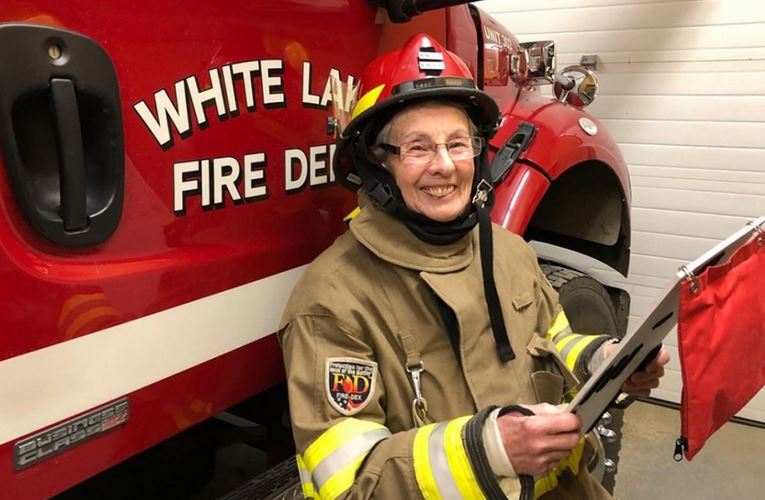 There’s one grandma that’s proving to her self and others that age really is just a number.

A Canadian grandmother is still feeling the burn and loving it — at the age of 73.

Lester McInally, from Canada’s British Columbia province, is squashing stereotypes as a volunteer for the White Lake Fire Department, proving she can take the heat at any age.

McInally told CBC News she’s been volunteering for the fire station in Shuswap since she and her husband moved to the town in 2001.

“We decided that we’d better join the fire department because they were giving us the protection that we needed,” McInally told CBC’s “Daybreak South.” 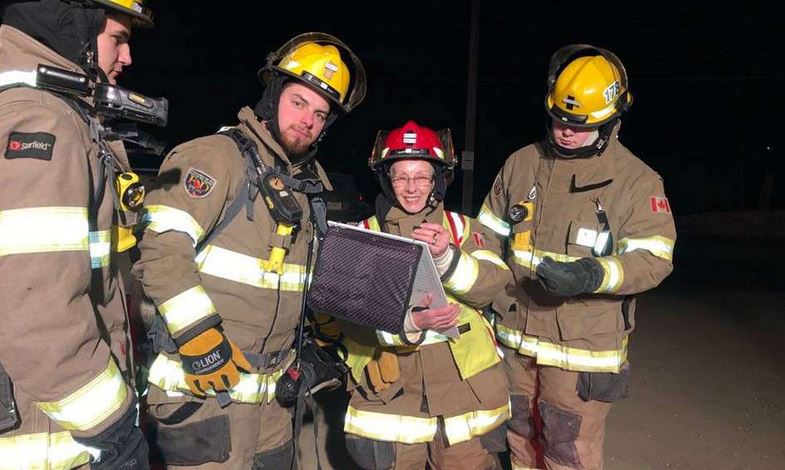 “It’s part of my life,” McInally said. “I’ve been with them probably longer than I had any other office job.”

McInally’s role doesn’t require her to rush into burning buildings. The grandmother acts as support to ensure all fire operations are safe and smooth. She’s taken on various roles in the 17 years she’s been a volunteer.

“If we have a call out, I’d be the staging officer,” she said. “It’s basically keeping track of all the members that are there and then in the evening or after the incident, I make sure that all of them are accounted for and that they’re all going home safe to their families.” 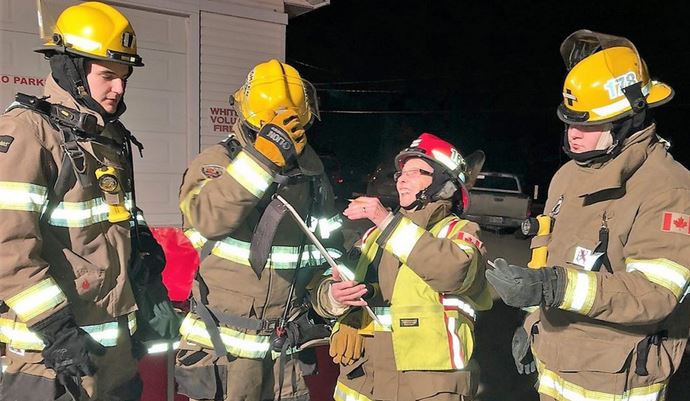 McInally also said in a post on Columbia Shuswap Regional District’s website: “I’ve never been the one to pick up a hose…when that pager goes off, I’m down at the hall. I’m there because I know I’m needed.”

Her husband retired from volunteering a few years ago, but McInally is still going strong despite being 73 years old.

“[I want to keep volunteering] as long as I can, as long as I’m still useful to the department and to all the members,” she told CBC News. “We are in recruiting mode at the moment and, face it, any rural fire department always needs volunteers.”