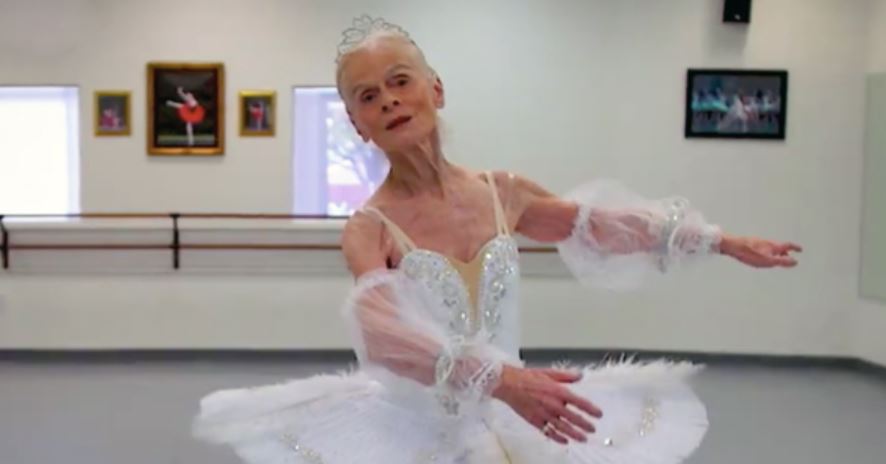 There are lots of women in their early to late 70s that like to hike, walk, or even go to spin class to stay active. But Suzelle Poole has a different approach, and it’s inspiring thousands of people…and not just people her own age either. 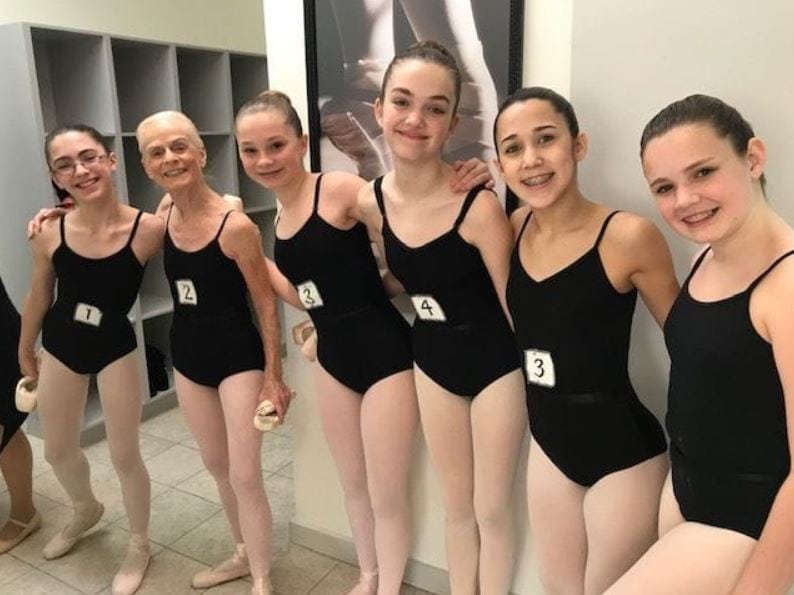 Madame Poole, as her pupils call her, also regularly performs on pointe throughout the Dallas-Fort Worth area as a guest artist with local dance companies. And she dances at retirement communities and assisted-living centers along with her students.

“People in care centers can relate to me because I’m about the same age,” Poole said. “I hope to get them interested in exercise. Plus, I enjoy showing them that it’s never too late to do something you love.”

On Saturday, Poole plans to perform at a Flamenco Dallas recital donning a white tutu and a tiara for her solo interpretation of the “Dying Swan,” featuring music by Camille Saint-Saëns.

Ballet has always seemed as natural to her as breathing, she said, beginning with the first day she took lessons at age 7 in London, where she was born. 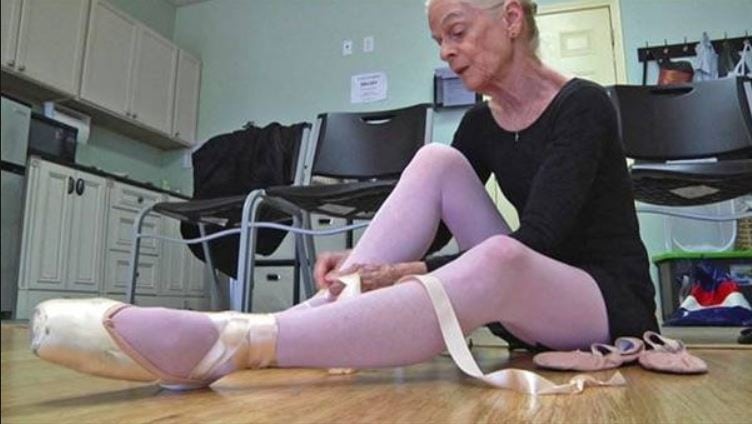 “I loved it from the start,” she said. “And when my parents took me to watch the legendary Margot Fonteyn in a ballet, I just knew it was something I wanted to be a part of forever.”

Because 30 is the average age for most dancers to retire, Poole said, she thought she would be lucky to continue performing into her late 20s.

Nobody was more surprised than she was when she continued to pirouette into her 40s, 50s and beyond. She was the subject of a TEDx Talk earlier this year called “Dancing Beyond All Limits.”

“I didn’t set out to be dancing on pointe in my 70s,” she said, “but I’m certainly happy that it turned out that way.”

She said that at 5-foot-2, she wasn’t the right build to become a prima ballerina, but she had strength on her side.

“I have strong feet, strong knees and a very strong back,” she said.

When Poole was born in London in 1941, World War II was in full swing. Her father, George Englesmith, an architect, designed buildings to replace those that had been bombed during late-night German air raids.

The day after her mother, Lydia, a French linguist, brought her home, the hospital was bombed, said Poole, who grew up with one younger brother. Poole and her family escaped harm’s way. 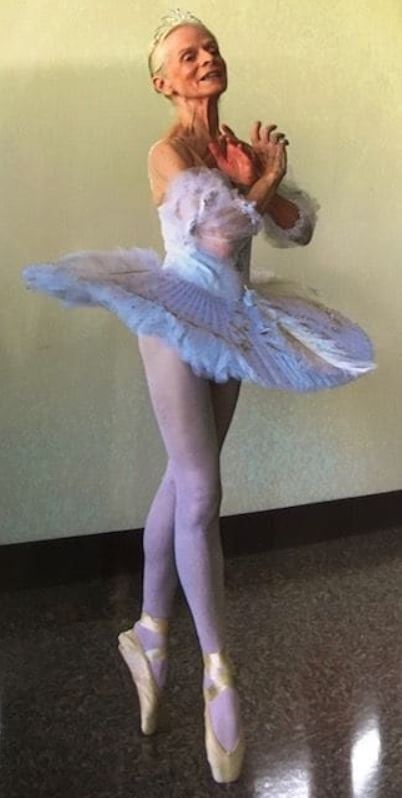 “I’ve been very lucky, because other than a small operation on my neck when I was 2, I haven’t been in a hospital since,” she said. “I’m so grateful to have had a healthy life. In part, I owe that to ballet.”

After performing throughout Great Britain as a young woman and dancing professionally in Canada, Poole traveled with her husband, Jonathan, to Germany and South Africa, where he worked as an opera singer and she became a ballet teacher. And for nine years, she prepared children for the Moscow Ballet’s “Nutcracker.” 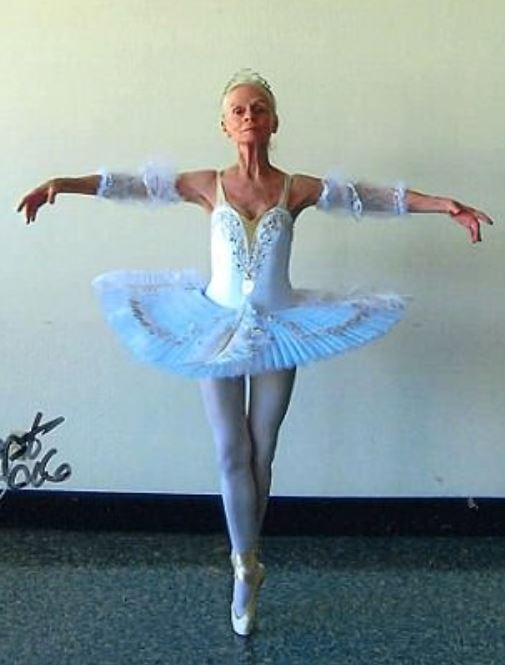 When the couple settled in Texas with Jonathan’s two children from an earlier marriage, Poole continued to dance, first as a soloist for the Houston Ballet, then in Dallas, where for the past 15 years she has taught at the Royale Ballet Dance Academy.

“Every day, she is at the barre, going through the rituals,” said Angela Sham, director and owner of the ballet school. “She has a joy of life that is contagious. We are all inspired by her and respect her.”

Sham recalled the day a few years ago when Poole took an unexpected fall on her home balcony and fractured her arm.

“She did not miss a day of work, even though she only had the use of one arm,” Sham said. “She was at the barre the next day and asked me to help put her pointe shoes on.” 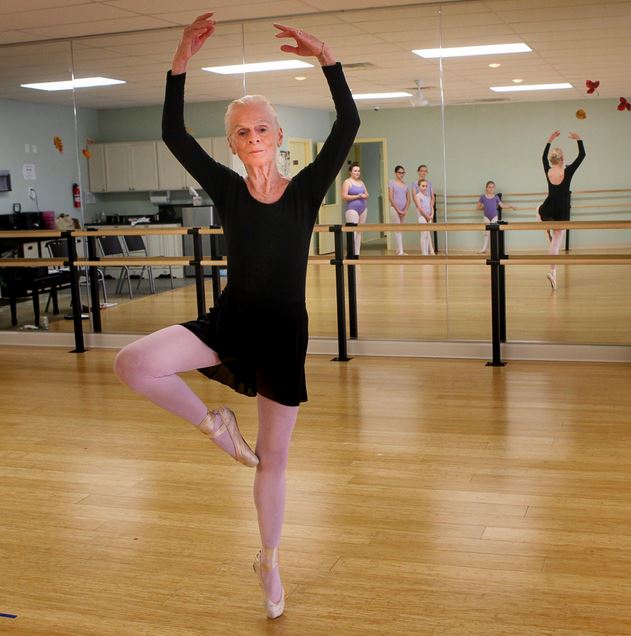 Poole’s students are grateful that she is willing to share what she has learned from a lifetime on her toes.

“When I first began, I knew nothing about ballet and felt that my age would hinder me from advancing in the art,” said Kyra Heath, 16, who took her first ballet lesson less than two years ago and is now dancing on pointe.

Heath’s confidence soared, she said, when Poole told her with a smile that age is no reason to avoid ballet.

Poole, who dances for at least one hour a day, six days a week, often wears the same Bloch ballet slippers she wore in the 1960s.

Sometimes while at the studio, she will dance to an opera sung by her husband, who died in 2004, shortly before Poole started teaching at Royale Ballet.

“I miss him every day, but I know that he is smiling, happy that I’m still dancing and enjoying life through dancing,” she said.

Although she enjoys performing in the spotlight, she said nothing brings her more satisfaction than introducing children to the world of ballet. She teaches them ballet positions and how to count music, and she insists they pronounce ballet terms correctly. She estimates she’s taught thousands of children over the years. 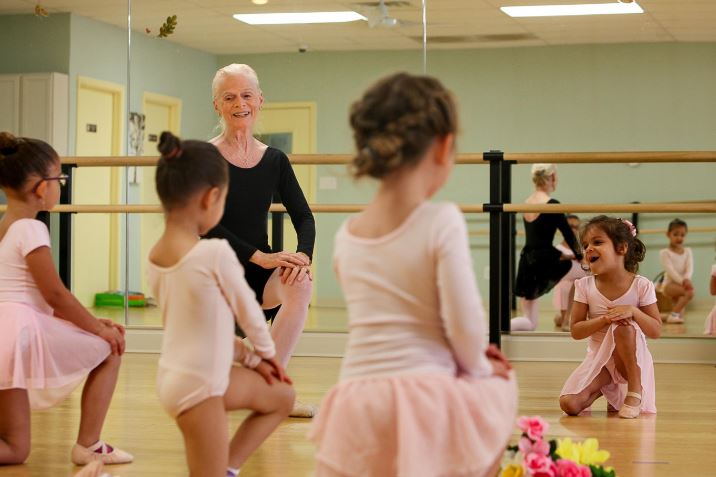 Poole has also written several books of children’s poems, which she uses in her lessons. One in particular, “Ballet,” is special to her.

I put on my tunic, I made my hair neat;

I learned how to stand and turn out my feet.

I heard how the terms came from France long ago;

I jumped and I whirled. I pointed my toe.

I listened to music — how difficult it seemed,

To put all together, the dance of my dreams.

“When I see the children all lined up at the barre in a wonderful position, moving perfectly together, there is nothing better,” Poole said. “To see them enjoying ballet and feeling the music — more than anything, that’s what keeps me going.”

Share this story with friends who think they’re too old to do what they love.