An infant didn’t have any hospital visitors for five months. So this nurse adopted her. 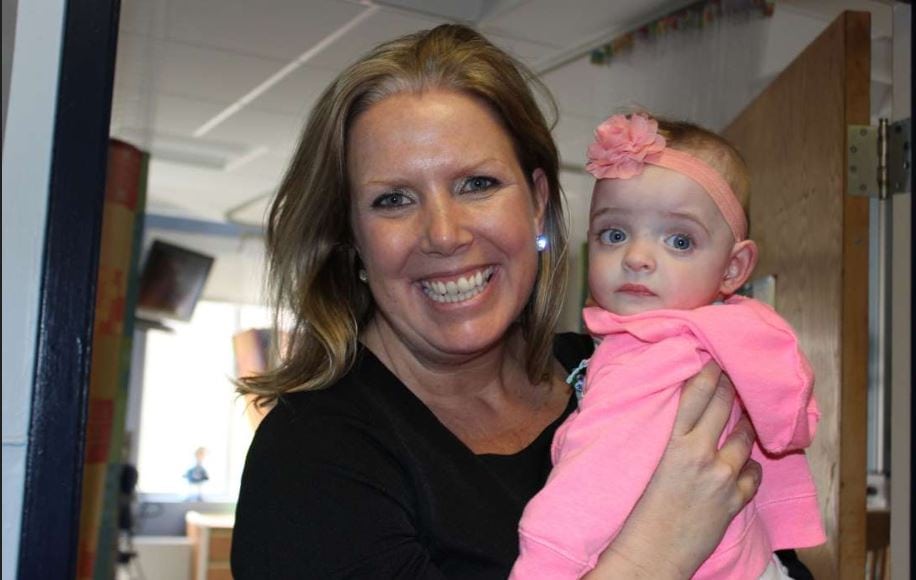 Do you believe in fate? Well if she didn’t already, Liz Smith most likely does now.

About two years ago, Liz Smith, director of nursing at Franciscan Children’s hospital in Brighton, Mass., was headed toward the elevator at work when she saw her: a tiny girl with bright blue eyes and a single soft brown curl swept across her forehead.

“Who’s this beautiful angel?” Smith asked the nurse who was wheeling the infant down the hall. “Her name is Gisele,” the nurse told her. The infant, a ward of the state, had been at the hospital for five months, but Smith had never seen her before. Smith also felt an immediate connection and she felt so drawn to this particular little one.

Smith learned that Gisele, then 8 months old, had been born premature at another hospital in July 2016, weighing just under 2 pounds. She had neonatal abstinence syndrome — a result of her birth mother using heroin, cocaine and methadone during pregnancy.

The state of Massachusetts took custody of Gisele when she was 3 months old and transferred her to Franciscan Children’s because her lungs needed specialized care, and she had a feeding tube. The baby did not have a single visitor in her five months at the hospital.

Social service workers were trying to place her in foster care.

“Gisele,” Smith told herself all the way home that evening. “Gisele.” It was at that moment, said Smith, that she knew: “I’m going to foster this baby. I’m going to be her mother.”

Life often interferes with well-planned intentions, and for Smith, who grew up in Andover, Mass., it was no different.

When she lost her mother at age 19 to liver cancer, Smith decided the best way to honor her was to live a good life and follow her selfless example.

“My mom was a pediatric nurse who always put others first,” recalled Smith, a middle child with two brothers and two sisters. “So I grew up wanting to be a nurse, too.”

She also wanted to nurture in a more personal way. For decades, Smith, now 45, always thought she would marry and raise a family as her mother had. After her parents divorced when she was 9, her mom put a lot of effort into keeping the house full of laughter and joy, Smith recalled.

When several of her siblings married and started to have children of their own, Smith said she naturally thought that she would one day do the same. But it didn’t happen.

“I never imagined becoming a mom would be a challenge,” she said. “It’s a desire you can try to push away and fill with other distractions, but it never goes away.”

As Smith threw herself into being “the world’s greatest aunt” for her 13 nieces and nephews, her siblings picked up on her pain.

“I always pictured Liz as a mom, since she’s a nurturer by nature,” said one of her sisters, Elly Smith, 40, a homeland security analyst with three boys.

Liz Smith, who had hoped to conceive through in vitro fertilization, found out her health insurance wouldn’t cover the treatment, and she couldn’t afford it on her own. Her sister suggested adoption or fostering, but Smith didn’t want to consider it.

Then she saw Gisele.

“Since the moment I met her, there was something behind her striking blue eyes capturing my attention,” she said. “I felt that I needed to love this child and keep her safe.”

After putting in a request to foster Gisele, Smith went to the baby’s hospital room every day after work to sit next to her crib and talk in a soft voice.

“She was behind developmentally, and I wanted to get her out of the hospital and get her thriving,” Smith recalled.

Three weeks later, in April 2017, when Gisele was 9 months old, she received permission to take Gisele home with the stipulation that every effort would be made by the state to reunite the infant with her birth parents.

Her friends at work threw her a baby shower and helped to set up a crib in her bedroom.

“Leaving the parking lot of the hospital with Gisele and a car full of baby stuff, I was in shock that it was happening,” said Smith.

She took two weeks off to settle into her new role.

“I was excited but nervous, realizing that I was committing everything I had to this child who might not be in my life forever,” she said.

Although Gisele’s birth parents were initially granted supervised weekly visits, ultimately the state determined that they were incapable of caring for the infant, and their parental rights were terminated. No other family members were found who were able to take the baby.

Smith was thrilled that she could apply to adopt Gisele, but she understood the sorrow of the situation for the birth mother and father.

“The day I got the call that their parental rights were terminated was very sad,” she said. “My gain was another’s loss. It’s a feeling difficult to describe when you are experiencing this life-changing moment that someone else is as well, in the opposite way. The bottom line is: It’s devastating for another family.”

With plenty of nurturing from Smith, her brother, Phil Smith, who lived with her at the time, and other trusted caregivers, the infant was soon meeting milestone after milestone.

By Halloween of 2017, when Gisele was 15 months old, she was walking, and she knew several words. “Her first word was ‘badoon,’ for balloon,” said Liz Smith. “Today, we still call it that.”

Then last year on Oct. 18, in a courtroom in Brockton, Mass., that was filled with family members, co-workers and friends, Liz Smith’s dream became official: A judge signed off on Gisele’s adoption and presented Liz Smith with legal documents certifying that she was now the girl’s mother. 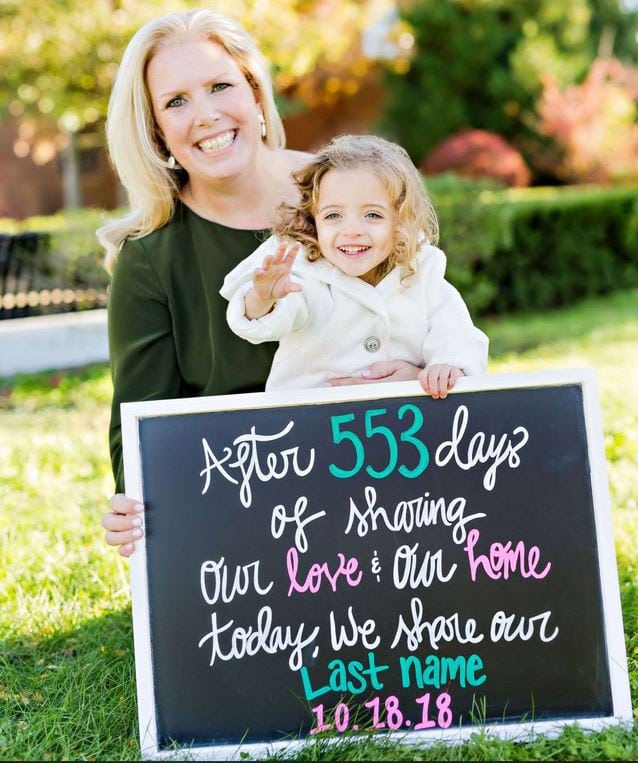 “This is the mother-daughter relationship my sister has waited a long time for,” said Phil Smith, 44. “It’s plain to see that they have brought a completeness to each other.”

Although Gisele, who is now 2, still needs to use a supplemental feeding tube, said Liz Smith, her daughter now weighs 23 pounds and has an appreciation for cheese, avocados and pizza. She is also energetic, loving and often bursts spontaneously into song.

“Her new favorite song is ‘You Are My Sunshine,’ ” said Smith. “And every time she sings it, I think to myself, ‘You have no idea.’ ”