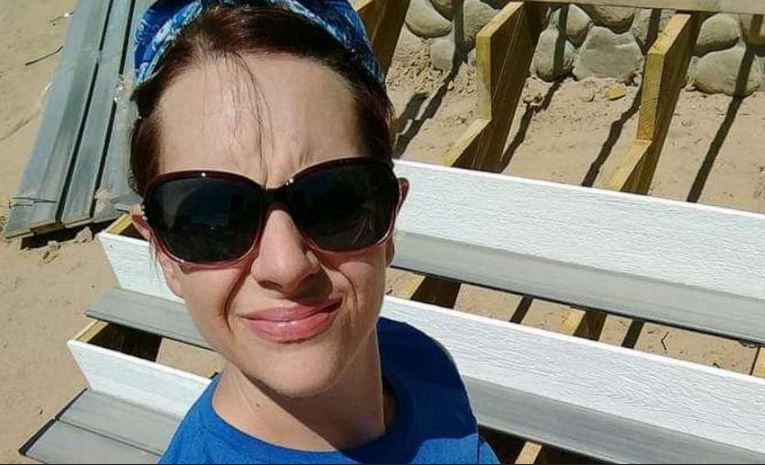 This is more than just a journey from being a stay-at-home mom to being a construction worker. This is a story about hope, inspiration and testing the limits of your abilities.

Carlyn McClelland is a licensed contractor working at Clayton Homes in Middlebury, Indiana, who helps put the finishing touches on customers’ dream homes. But for the former probation officer with a degree in criminal justice from Michigan State University, it’s a far cry from the reality she once knew.

“I just wanted to learn how to fix my house,” McClelland told ABC News, describing a renovation project in her 100-year-old home that sat untouched for far too long.

“I was starting to get frustrated with the level of things that needed to get done around the house. And I didn’t know how to do them, and my husband didn’t have time to do them because he was working hard to provide for our family,” she added. “And it hit me like an epiphany: ‘You can do this stuff. This isn’t just guys’ work.'” 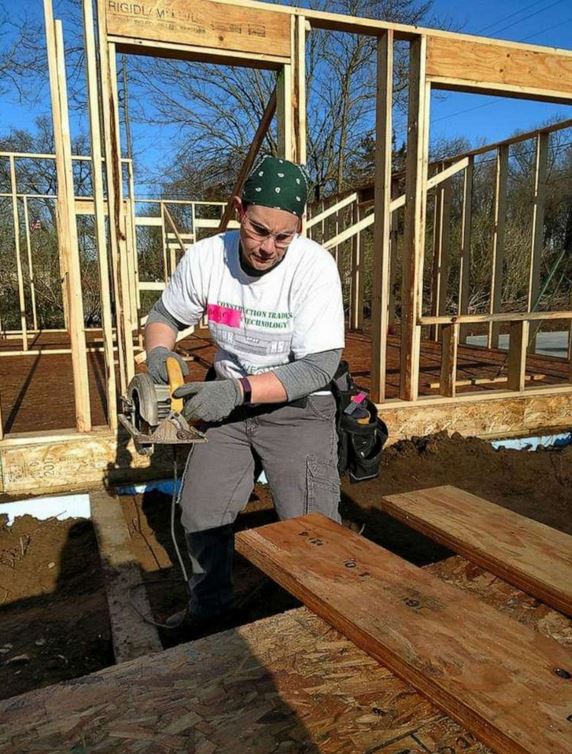 Another part of her revelation? She had recently lost 150 pounds. “Because I had lost all of this weight, I had the energy and I had the ability to do it. I just needed the know-how.”

So in 2015, McClelland — ready to go back to work but looking for something more hands-on than her prior job — started looking into programs that would give her the carpentry skills and training she needed to fix up her own home and “fix a few other homes along the way.” Inspired to teach her two young boys how to take care of their own future homes, she found the Construction Trades Green Technology program at Southwestern Michigan College in Dowagiac.

“I was about two weeks into my program when I realized that I should have done construction my whole entire life,” she said.

But she had already accumulated debt from graduate school and she knew she wasn’t going to go down that road again. 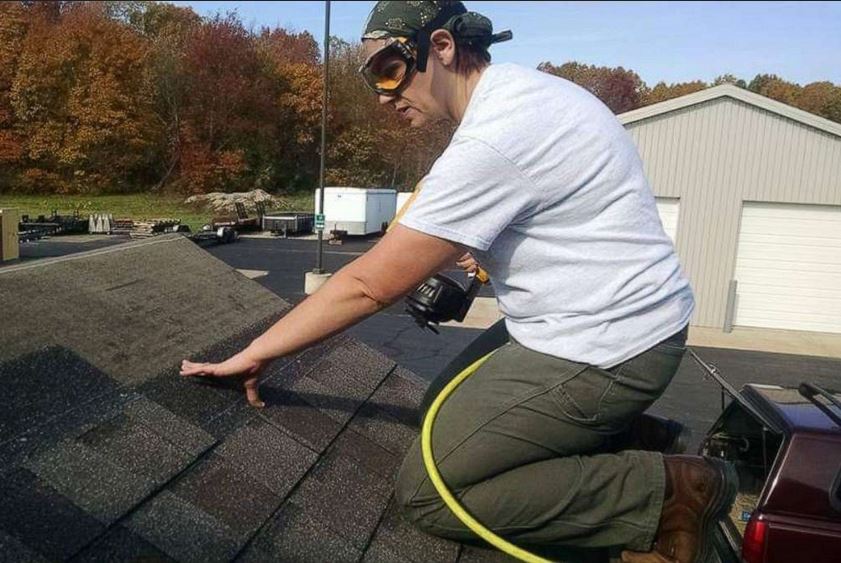 “Why did I have to go to school and take all of this debt for a job that I never really wanted to begin with?” she said. “I could’ve gone to school for two years, got an associate’s degree, or even just gone into … union carpentry, never taken out any debt and made a ridiculous amount of money in a field that’s in demand. … Why wouldn’t people want to do this? That just makes sense to me.”

McClelland needed a boost to complete her associate’s degree. It was at that point that celebrity TV host Mike Rowe entered into her life.

While Rowe was in the trenches working as an apprentice in various professions on his hit show “Dirty Jobs,” he says he saw a real disconnect in society.

Since 2008, he has been working to bring awareness of the value of work and has advocated for skilled trades through the mikeroweWORKS Foundation. His mission: “To help close the skills gap by challenging the stigmas and stereotypes that discourage people from pursuing the millions of available jobs. We’re redefining the definition of a good education and a good job, because we don’t think a four-year degree is the best path for most people.”

To do so, Rowe has stepped up through his foundation by granting or helping to facilitate the granting of over $5 million in technical or vocational education to help more than 1,000 students, including through the Work Ethic Scholarship, the primary program of the foundation. This year, mikeroweWORKS plans to award at least $500,000 in scholarships to some of the 550 applicants.

“I said to my husband, ‘I’m gonna apply for one of those scholarships and I’m gonna win it,'” McClelland said. “And everything that I did from that point forward was like a résumé builder, something I can check off and send to Mike Rowe when I apply for his scholarship the next spring.”

“The first thing she did was sign a S.W.E.A.T Pledge,” Rowe said, noting the process all applicants must adhere to in order to demonstrate their belief “in the importance of work ethic, personal responsibility, delayed gratification, and a positive attitude.” “It was obvious she was the kind of person we were looking for. She wasn’t afraid to work hard or learn a new skill. We talk a lot about the skills gap, it’s a will gap as well. And she had the will and we had a way.” 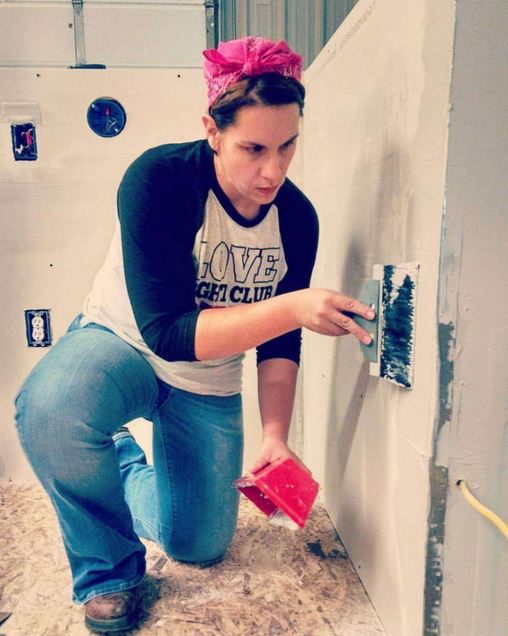 McClelland did receive those scholarship funds and that money helped her finish her two-year program to graduate with her associate of applied science in construction trades green technology in 2018.

“It was huge and it was humbling,” McClelland said. “I knew in my mind that whatever I was gonna do was gonna be to make him proud.”

Back at her home, McClelland is proud of herself for not only working in a field she loves but far exceeding her original goal. That’s because McClelland and her husband, Paul, have purchased and are renovating their dream home together. She even has her own tool room. It’s safe to say no project is going untouched now. 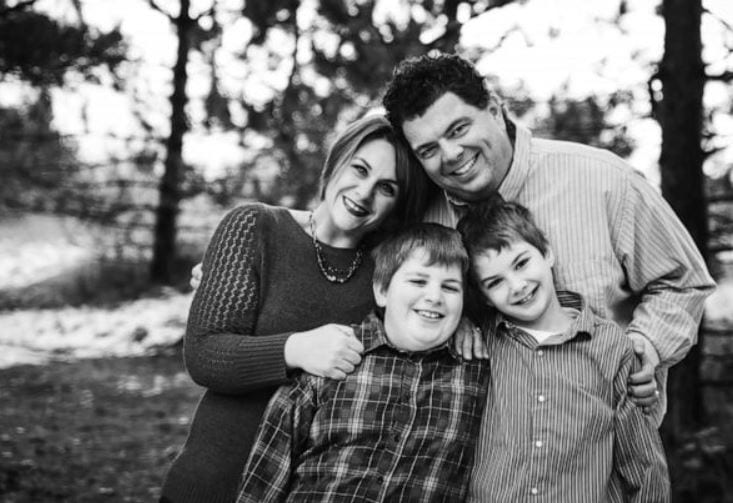 “My favorite part has been when it comes to birthdays, Christmas and anniversaries, I get to buy tools [for my wife],” he told ABC News. “It’s fantastic!”

And as for what’s next for McClelland, she’s ready to pay it forward.

“I think when women see the construction field they think of all the heavy lifting involved in construction and I don’t think women realize the number of opportunities that are available,” she said. “And my goal now, going forward, is to try to expose as many people to this opportunity as possible.”

Anything is possible, but you have to be willing to put in the hours, the work and be in it to master your craft. That’s where the Majic happens.