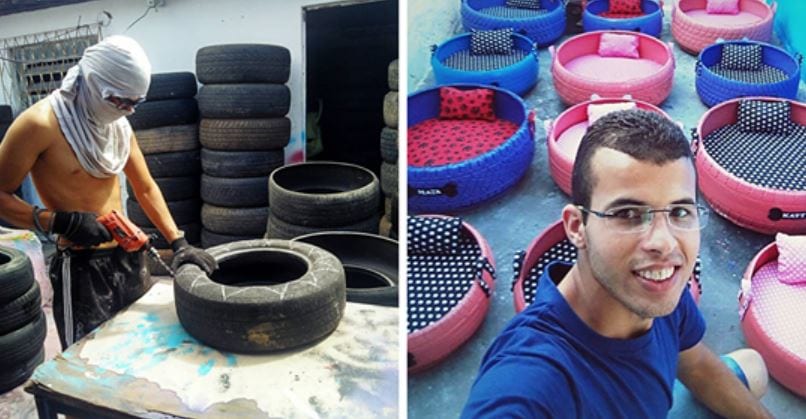 One man’s trash is another dog’s treasure? Yep, that’s exactly it. And we couldn’t be more excited about the unique initiative a Brazilian artist has taken on. He’s repurposing old tires he finds in the streets to make really cool beds for pets.

With trash overflowing in landfills and contaminating oceans, waste management has become quite a prominent issue. People who have the courage to step forward and think differently are often the ones with a solution.

Twenty-three-year-old Amarildo Silva, who lives in Paraíba, Brazil, deserves all the praise he can get for his contribution to the environment. Silva is one of those who has the knack for turning trash into treasure. 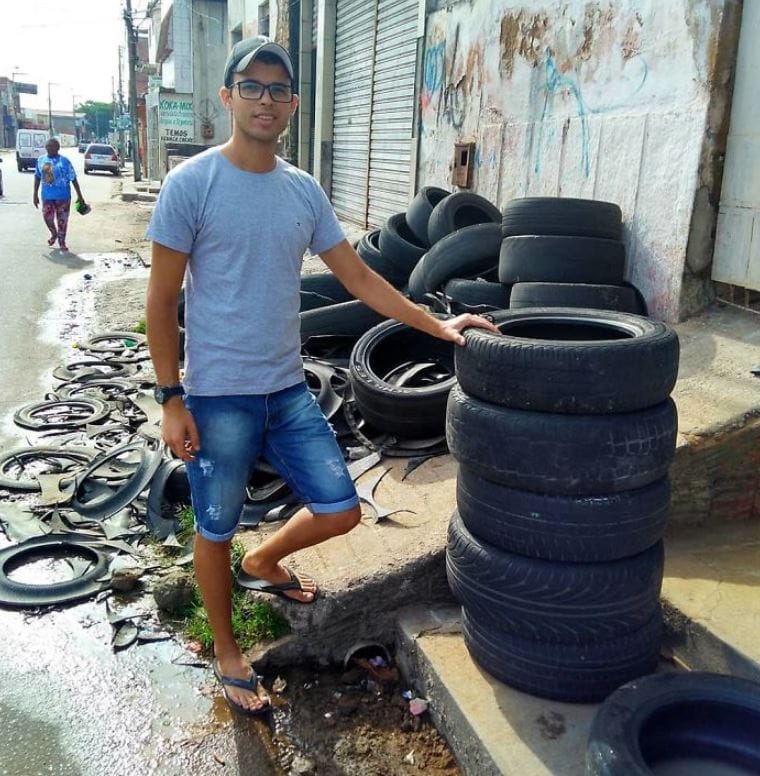 From a young age, he always enjoyed making handicrafts out of things that were no longer used by people and would otherwise be discarded. Silva, who works as a store cashier during the day, was looking for a way to make extra income from the trash lying on the streets.

He realized that if he could turn the trash into something useful, it would contribute towards the betterment of the environment and he could also make a few bucks in the process.

Walking down the streets, he would often see them littered with old tires and observed how the stray dogs used them as a temporary shelter. That’s when he came up with the brilliant idea: repurposing old tires and turning them into cute, cozy, and eco-friendly pet beds. 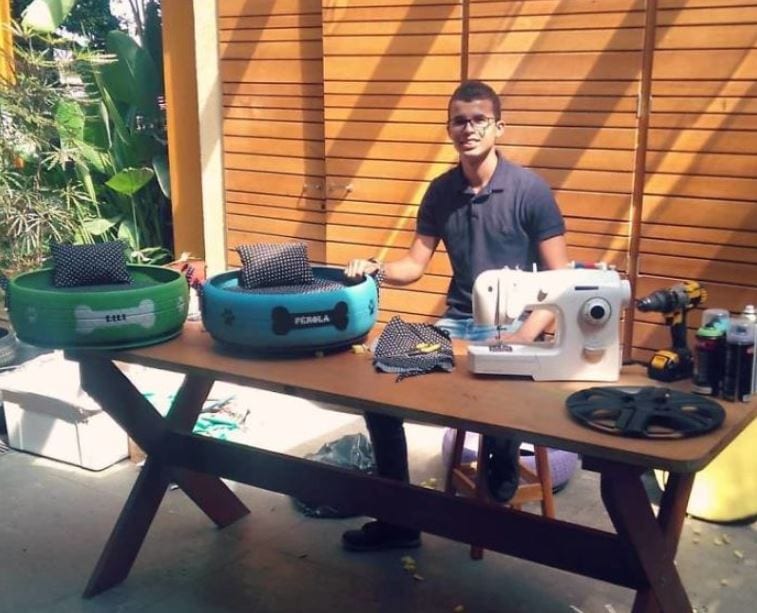 The first step was to collect the tires found in the streets and in dumps. With the help of his family, he collects and stores all the tires in his backyard. He has dedicated this space in his home for these tires.

After separating the tires, Silva gets to work by washing, cutting, and painting the tires. One can say that he’s really passionate about his work as all his tires creatively stand out in terms of design. 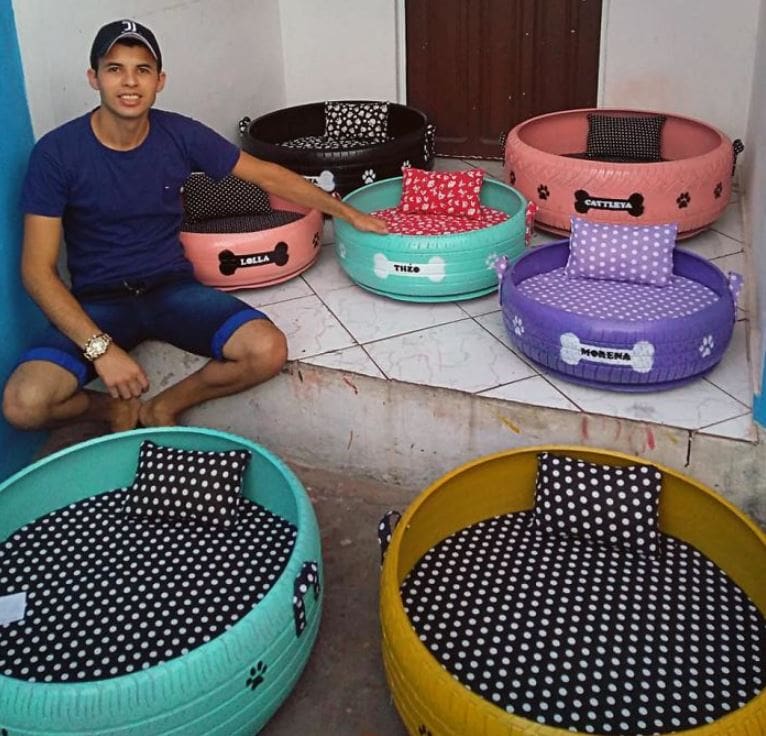 A small pillow and a circular mattress are added and the cute and colorful bed is even customized with the name of the pet. He started marketing his little beds on Instagram and it soon became a hit with pet owners as well as environmentally conscious citizens.

What started off as a small venture about two years ago has now turned into a flourishing business. He then took his newfound passion a step further and founded Cãominhas Pets; his business has now received orders outside of Brazil too. 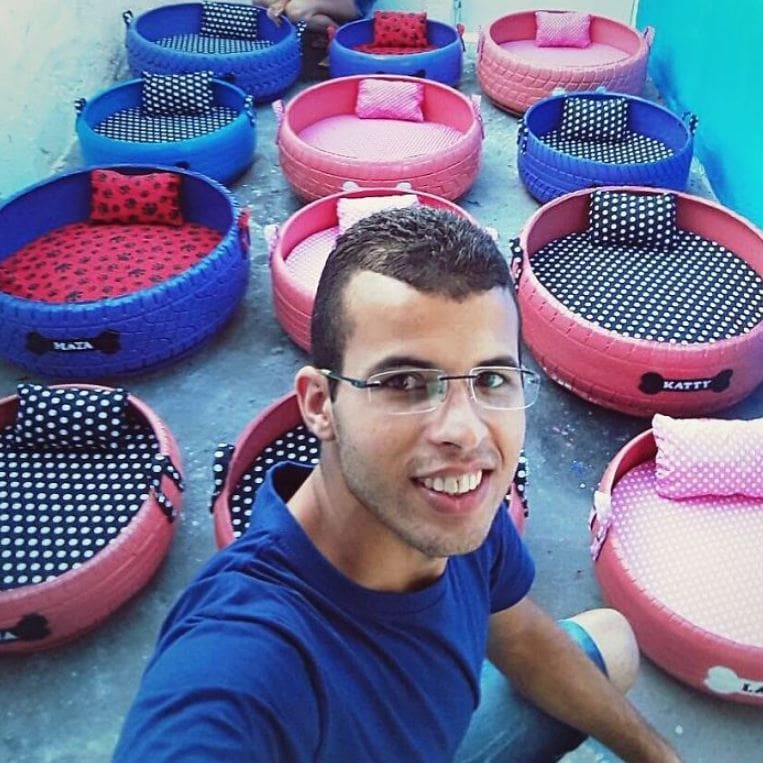 Green Matters, who got in touch with Silva, revealed: “Over the course of two years, I already removed 1,500 units of old tires from the environment making only the [pet beds].”

Apart from pet beds, Silva has also used the tires to turn them into flowerpots and upcycle containers. According to his estimates, he has repurposed anywhere from 5,000 to 6,000 tires.

“This certainly makes a very big positive impact on nature,” he told Green Matters. Silva, who has dreams of expanding worldwide, is only fulfilling orders in Brazil as of now. He needs the support of an investor or an organization that understands his work or buys into his idea. 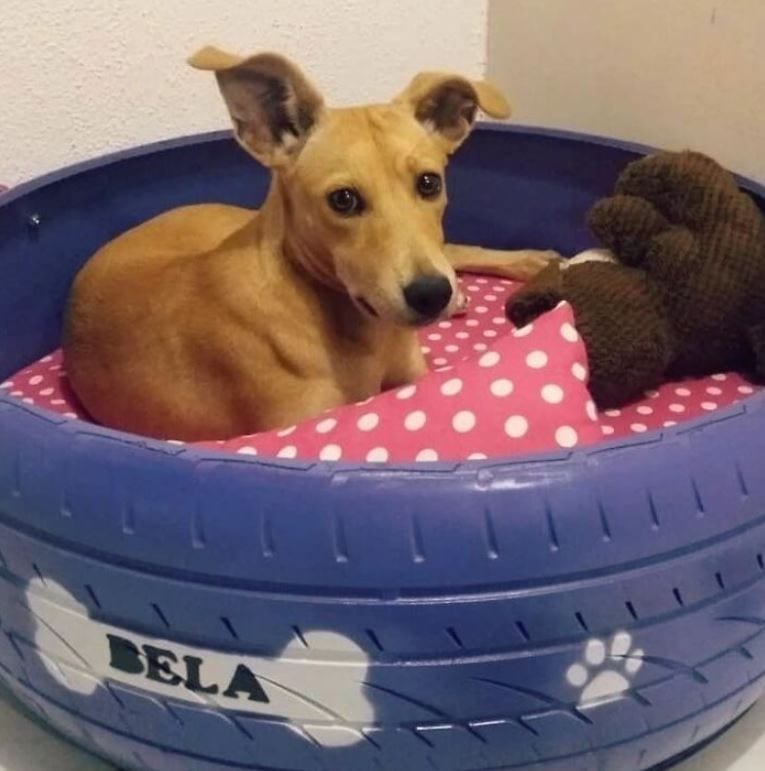 Silva’s responsibility towards the environment doesn’t stop at repurposing tires. In his spare time, he also attends to abandoned animals. He donates a portion of his proceeds to non-profit organizations that take care of such animals. 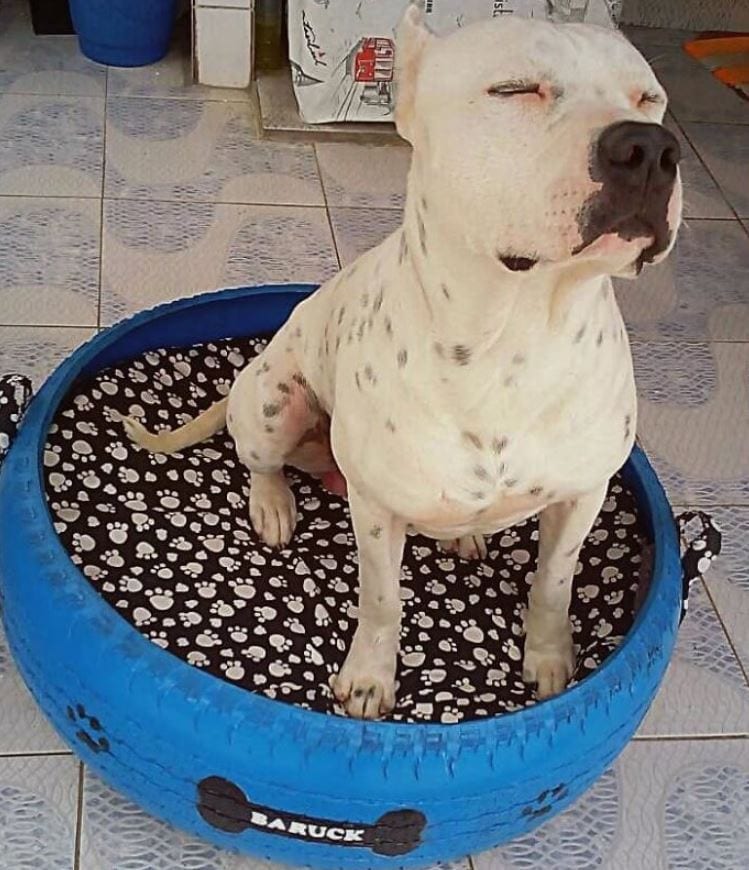 The talented artist also teaches kids at schools the importance of sustainability and has been praised for taking initiatives toward a cleaner, greener planet.

People like Silva serve as an inspiration for everyone, everywhere. His simple yet innovative idea helps reduce tire waste and keeps pets happy as the waste is turned into comfortable beds. We can follow his example in doing our little bit toward building a sustainable environment.