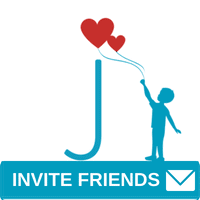 WARSAW, Poland — An American teacher who together with his students shed light on the story of a Polish woman who saved hundreds of Jewish children during the Holocaust was honored Monday with the award that bears her name.

Irena Sendler and her story were largely unknown until Norman Conard and his high school students in rural Kansas began producing a play about her, “Life in a Jar,” in 1999 as part of a history project on unsung heroes. Full Story…

A compassionate police officer is being hailed for lending a hand – or more accurately, his legs – to an elderly gentleman who was struggling to cross a busy street.

In a video that has already been viewed thousands of times on Chinese social media sites, the senior can be seen slowly making his way down a crosswalk in Mianyang, Sichuan province as a crowd of bustling pedestrians takes advantage of the green light.

After the walking light turns red, however, the older man has only made it across one lane of traffic. Watch The Video

School lunch lady given new car by the teens she serves

California school food service worker Debra Davis is used to driving a 1976 Chevy Malibu to and from work, so the new Mazda was quite an upgrade. Watch The Video

A Tennessee firefighter, who was photographed cradling a baby in a touching gesture after the child’s mother was in a car crash, has reunited with the grateful family.

Chattanooga Fire Department Capt. Chris Blazek had battled a house fire for three hours Saturday as temperatures rose past 80 degrees Saturday. But upon returning to the fire house to shower, he was alerted of another emergency, this time involving a pregnant mom and her three kids involved in a car crash. Full Story and Video Here.

When you give a moose a dog, he’s probably going to want to be best friends with it.

That is exactly what happened recently in Wallagrass, Maine, where resident Shannon Lugdon spotted a 6-day-old baby moose wandering around her wooded backyard early in the morning.

“Miss Maggie Moose was heard calling for her Momma around 5am Saturday. Around 1pm, we intervened to keep her from wandering into route 11. Two phenomenal wardens – Adrian and Nick – came over and we helped Miss Maggie back down to the brook in the shade. She spent the day wandering around by the brook and returning to the spot we think her Momma had left her,” Lugdon wrote on Facebook about her family’s first meeting with the baby moose, whom they named Maggie. Full Story and Video…

When it came time to take yearbook photos for the graduating fifth-graders at Orange City Elementary School in Florida, everyone agreed that Linda, one very special service dog, deserved a moment to shine, too.

Do You Have What It Takes to Be a Great Leader?

I recently hosted the Next Level Leadership Summit in Connecticut, where the main focus was answering the following question: What does it take to lead?

The attendees were seasoned businessmen who ran multiple 7-figure businesses. They had a chance to hear from entrepreneurs in industries like real estate, finance, tech and health. The stories from each presenter gave proof that it doesn’t matter what business you are in — we all have similar struggles. But the biggest insight was the difference between the chase of success versus the pursuit of greatness. Full Article…

Inspirational posters featuring soaring eagles and sunlit mountain summits are easy to mock. But it turns out rousing slogans and uplifting images might not actually be pure cheese after all.

When Stanford researchers recently peered into the brains of students to see how attitude affects achievement, they found something startling. Your outlook on learning, it turns out, matters just as much as your IQ. Watch The Video

This Guy Lost 150 Pounds by Counting Calories, and His Transformation Is Incredible

At 6’7”, Deandre Upshaw has a hard time hiding in the background of any room — and weighing 400 pounds made it nearly impossible.

Thankfully, the 30-year-old has always loved the spotlight — just not the weight. So one morning, he woke up and decided it was time to get fit.

“I’ve always been sort of a gigantic,” Upshaw told MensHealth.com. “I think I was 5’11’’ in the eighth grade.” Full Article…

Is Honey Actually Any Better Than Sugar Or Is Everybody Lying?

You know how paleo devotees are always sweetening their food with honey because it’s “safe” and “natural”?

Sounds nice and all, but like…are they full of sh*t? Full Article…

12 Reasons Why You Just Can’t Poop

Let’s not tiptoe around this: Being constipated is miserable—the pain, the bloating, the feeling that you can’t possibly fit anything else into your stomach.

Luckily, you’re not alone (misery loves company, right?). About 16 percent of adults have symptoms of constipation—and women are more likely to have it than men, according to the National Institute of Diabetes and Digestive and Kidney Diseases. Full Article…