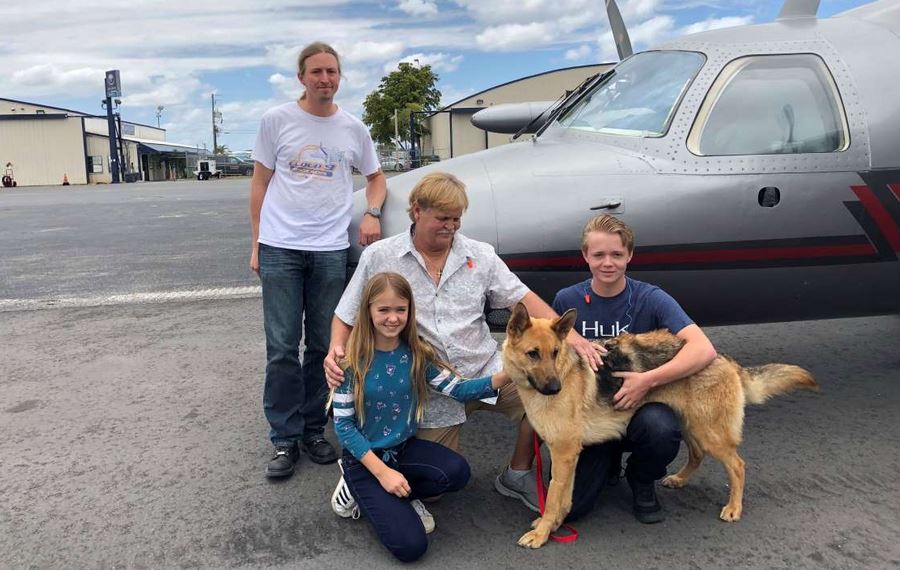 An emotional reunion took place for one Florida family, as they celebrated reuniting with their German Shepard that was stolen 2 years ago.

Animal charity organization Wings of Rescue says the German Shepherd named Cedar was covered with snow in a rural Colorado ditch, apparently malnourished with an injured leg when a deputy marshal found her. The pet was identified thanks to its microchip.

The youngest of four dogs in the Peterson family, Cedar was stolen from their backyard in May 2017 in the town of Southwest Ranches, north of Miami. At the time, other signs for missing pets were going up around the community.

Back then, Tamara Peterson told reporters that she thought someone had hopped the fence to take the 4-month-old puppy. The family posted flyers with Cedar’s photos around the town, drove around several neighborhoods and hired a detective to track the pet down. 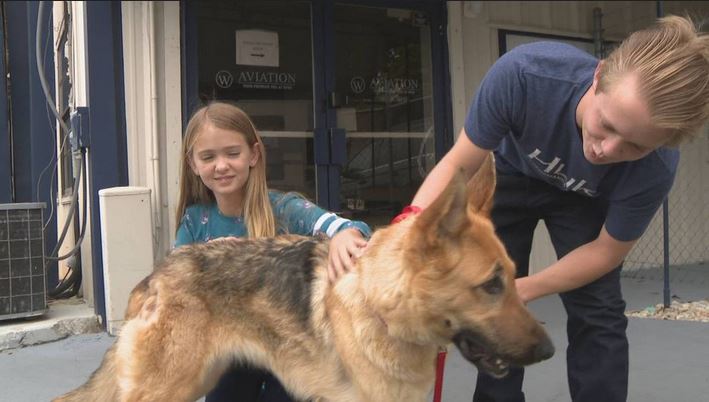 It was not clear how the dog wound up nearly 2,000 miles (3,219 kilometers) away in the Colorado town of Hugo. Deputy Marshal Steve Ryan found Cedar in a ditch and picked the dog up to put it in his car.

When Ryan took the dog to a veterinarian, she scanned the pet for a microchip and found out the puppy belonged in South Florida. Then the Petersons got a phone call.

“I immediately cried,” Tamara Peterson told The Miami Herald . “I couldn’t believe it. I was in shock. It’s almost two years to the day.”

After three weeks of recovery, Wings of Rescue, a charity known for flying pets in disaster zones, helped arrange Cedar’s return flight on Saturday. The Peterson kids petted Cedar’s furry chest and neck on a Fort Lauderdale airport tarmac as the dog looked around and shook its body.

“Miracles do happen, especially when you microchip your pet,” the animal charity wrote on a Facebook post about Cedar.

Peterson said Cedar has been resting, and the family is planning to take her out swimming as soon as she looks better.

Always get your dogs micro-chipped. You just never know when and how it might come in handy.