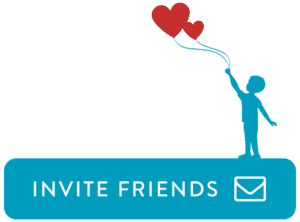 Quote of the Day

“Optimism is a happiness magnet. If you stay positive, good things and good people will be drawn to you.”

No one expected to find love letters from the 1950s during a routine inspection of an Arizona home.

Home inspector Bob Nau was checking the attic of a vacant Mesa home when he discovered dozens of stamped love letters, sent from Pearl Harbor to a Navy seaman on a ship. Full Story & Video Here.

A boy who sent a birthday card to his dad “in heaven” received a touching letter from the Royal Mail to say it had been delivered safely.

Jase Hyndman, seven, from West Lothian, received the letter assuring him his message to his father James had made it through the “difficult” journey. Full Story Here.

It is one of those Los Angeles bus stops for which “grim” would be a generous description. The eastbound stop of the Metro 76 bus on Valley Boulevard, just east of Soto in Boyle Heights, is more like a monument to urban neglect. Full Story Here.

Bride Who Was Paralyzed in Accident Walks at Her Wedding: It ‘Was the Biggest Moment of My Life’

In the four years since she became paralyzed, Ally Grizzard always held on to the dream that she would one day walk down the aisle at her wedding.

With determination and will, Ally made the dream a reality when she wed her longtime boyfriend, Amos Grizzard, on October 6. Full Story Here.

Meet the Woman Who Throws Special Birthday Parties for Homeless Kids: ‘We Provide Them with Hope’

Schinnell Leake watched as the 4-year-old girl—decked out in a superhero princess costume—tore into the stack of birthday presents in the cafeteria of a Maryland homeless shelter. Day-Glo streamers and helium balloons hung from the wall above a chocolate cake covered with candles. Full Story Here.

Share Your Story Here, or you can email it to us here:
share@majically.com