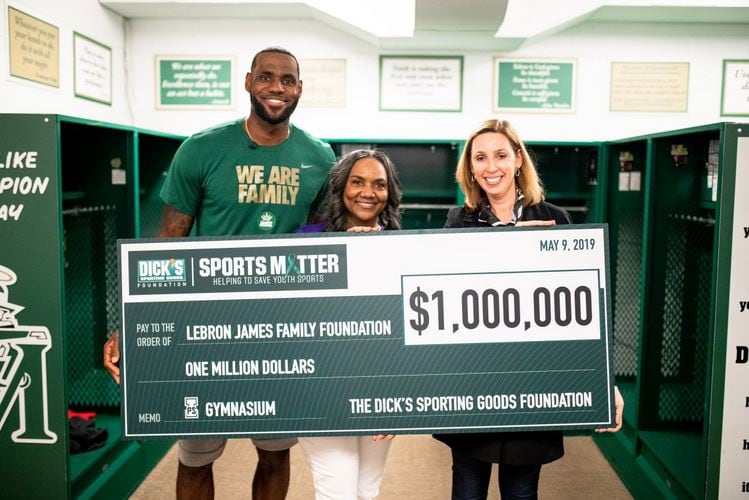 Some people love him and some people just can’t stand the guy. Say what you want about him, but LeBron James does a lot of good things for the children in his community. This type of generosity is welcomed and should be applauded. And he might get a bad rap for a lot of things, but giving back is definitely not one of them.

NBA superstar LeBron James has announced a $1 million grant for a new gym at an elementary school in his home state of Ohio. The Los Angeles Lakers forward surprised hundreds of students at the “I Promise School” with a check from Dick’s Sporting Goods Foundation on Wednesday.

“The best place for me at the end of the school year growing up was right here in this gym where you guys are right now,” LeBron said. “And now I have the opportunity to bring it to you right up the street at your guys’ school. This is all for you guys.”

The $1 million grant will go toward building a new gym for students to use for physical education and after-school sports.

“To my kids, this is more than a gym. The DICK’S Sports Matter program is helping us provide even more opportunities,” James said. “I believe the sky is the limit for these kids and the results we’re seeing are just the beginning.” 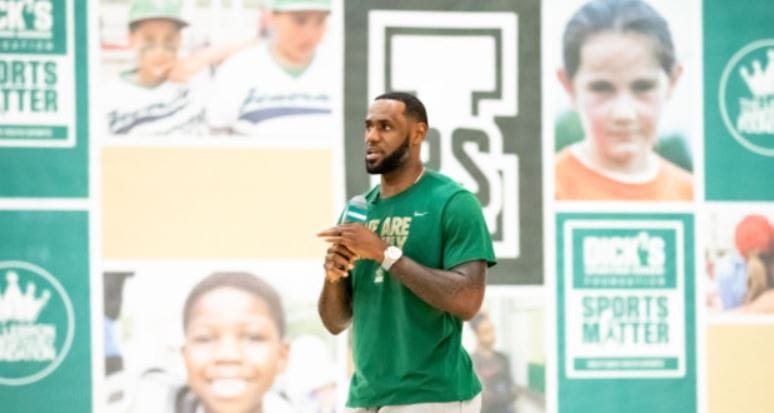 The I Promise School is a public school founded in partnership with Akron Public Schools and the LeBron James Family Foundation. It opened in 2018.