Disney World is the happiest place on earth. It’s also a place where people and families from around the world make magical memories.

Among the thousands of Disney World visitors last month were two families there for a very special reason.

“I’ve felt this weight on my chest [since his death], like I can’t take a full breath,” Erchul told “Good Morning America.” “[Meeting Morgan] felt like for the first time in a long time I could take a breath.”

Gabriel was four months old when he died in 2014 from traumatic head injuries. He had been under the care of Erchul’s then-husband, who was sentenced for his death. 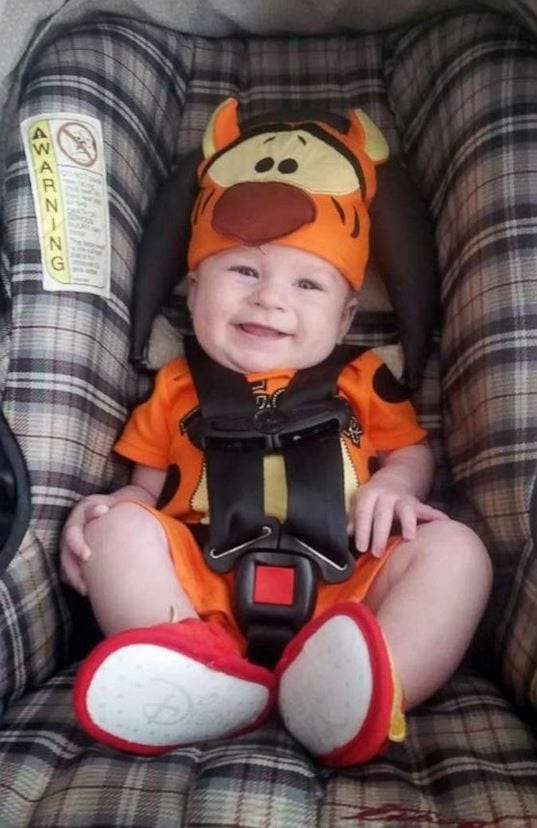 At the time of Gabriel’s death, Morgan, also four months old at the time, was hospitalized near her home in Alabama while awaiting a heart transplant. She had been diagnosed with dilated cardiomyopathy, a heart condition, at two weeks old.

“When we were waiting for the heart, it seemed like an eternity to us,” said Morgan’s grandmother, Dorothy Johnson. “Every day you’re hoping this is the day. By the same token, there’s this bittersweet guilt because somebody had to lose a child.”

On Nov. 2, 2014, after weeks of hospitalization, Morgan received Gabriel’s heart.

“When she was admitted [to the hospital] she was in advanced congestive heart failure,” Johnson said. “You couldn’t imagine how bad that was, but you knew somebody had to lose a child for your child just to have a chance at life.” 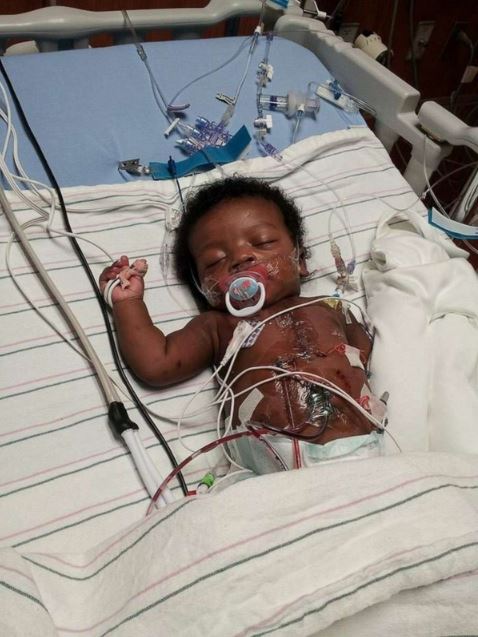 For Erchul, there was no doubt she would donate Gabriel’s organs — another child received his liver — but the grief was too much to get in touch with Morgan’s family.

“I didn’t want to impact their joy with our sorrow,” she said. “This year, I felt like I’d healed enough, and Aidan [Erchul’s 6-year-old son] had started to process what happened enough that it would be OK to reach out to them.”

Erchul and Aidan had used Disney World as a place to find joy after Gabriel’s death, visiting the theme park on his birthday, his “angel-versary” and Christmas. Gabriel’s nickname was Tigger, and some of the last photos taken of him show him dressed as the “Pooh” character for Halloween.

When Erchul reached out to Morgan’s family, she discovered they were planning a family trip to Disney World in March. Erchul and Aidan drove the two hours from their home in Jacksonville to meet Morgan and her family and spend three days together at Disney. 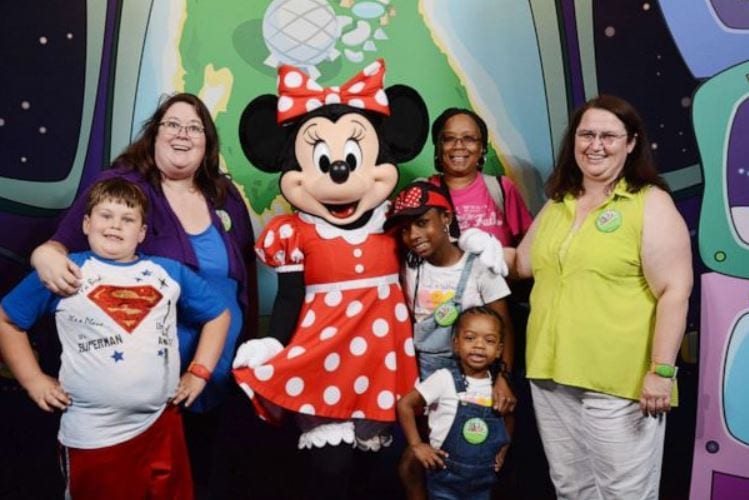 “It was like we met a long-lost friend or family member,” Erchul recalled. “Hugging Morgan and being able to be with her and feel her heartbeat, it just felt like a part of me that had gone came back.”

Erchul met Morgan and her sister and mother, in addition to Johnson and other family members.

“She was nervous. We were nervous, but it was amazing meeting them,” Johnson said. “They’re family.”

Erchul and Johnson are sharing their families’ story, first reported by The Orlando Sentinel, in hopes of raising awareness around organ donations. April is National Donate Life Month, when activities are held across the U.S. to encourage people to register as organ, eye and tissue donors.

More than 110,000 people are currently on the transplant waiting list and every 10 minutes another person is added to the list, according to U.S. government statistics. Each day, 20 people die while waiting for a transplant.

“She offered for me to feel her heart in her chest and she showed me her scar from the heart surgery,” Erchul said about Morgan. “It was very touching and amazing that she’s alive and doing so well. It’s just a miracle.” 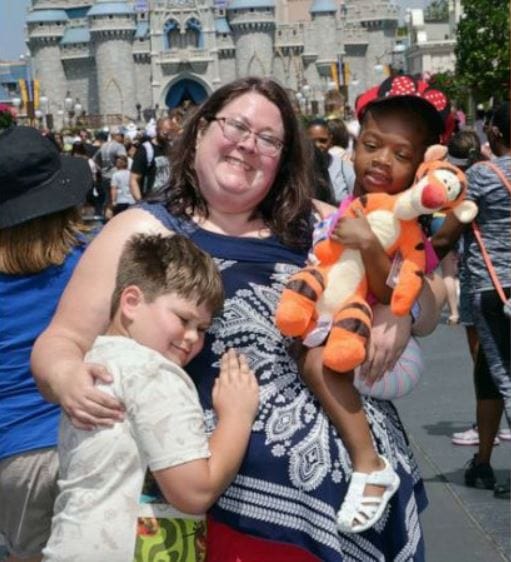 What Johnson saw as a miracle, too, was that her granddaughter bonded so quickly with Erchul after meeting her for the first time.

“For 10 minutes after they left [Disney World], Morgan had tears rolling down her face and was holding onto the Tigger [stuffed animal],” Johnson said. “There is a definite connection between them. This is Alicia’s baby’s heart.”

In the weeks since their first meeting, the families have stayed in touch via texts, emails and FaceTime. Both Johnson and Erchul said there is “no doubt” they will meet again in person.

Erchul said she has felt a “sense of calm” since meeting Morgan and is focused now on her mission of continuing to spread Gabriel’s legacy.

“We ask our family, friends and colleagues to purposely do random acts that spread joy, experience wonder, create magic and share love,” she said. “Either by doing an activity with their own children, donating time or toys or experiencing the wonder of a child, themselves.”