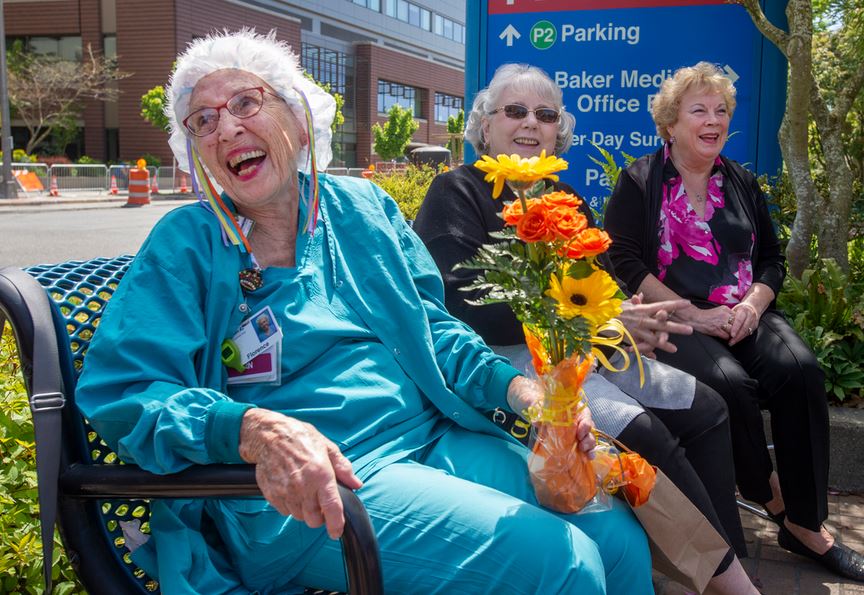 This is more proof that age is just a number. You’re actually not ‘too old’ unless you think you’re too old. A lot of people don’t do certain things as they get older for fear of what others think, or because they’re embarrassed that no one else their age is doing such things. But people like Florence “SeeSee” Rigney are breaking down these barriers…she also is in no rush to retire anytime soon.

She’s been working as nurse since 1946 and plans to stay at Tacoma General Hospital “until they kick me out.”

Rigney, believed to be the oldest registered nurse in the country, turned 94 Wednesday.

She repeatedly joked that everyone had it wrong and she was celebrating her 49th birthday.

Her co-workers gave her a fake diamond tiara complete with dangling ribbons, which she begrudgingly wore to mark the big day.

Rigney spent her birthday bustling around the hospital in her scrubs, smiled modestly when MultiCare officials sang her happy birthday during a short ceremony and plans to have dinner at McMenamins with her daughter and son-in-law. 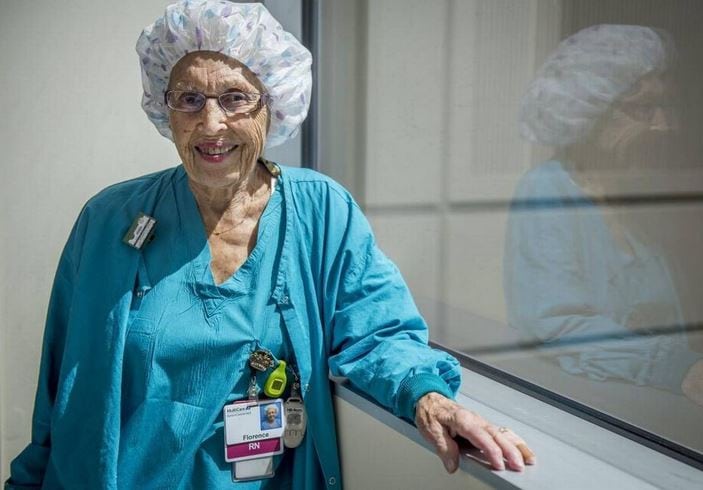 She doesn’t know when she’ll give up nursing.

In fact, she recently renewed her nursing and CPR licenses.

“I never intended to stay this long,” Rigney said. “It’s come to be a bit of a challenge. I keep thinking I’m going to retire.”

Rigney found working two days a week kept her busy, and she enjoyed being around her second family at the hospital. Plus the extra funds don’t hurt.

In more than 15 years, she has only called in sick one day. Her absence prompted the entire nursing staff to call and check on her.

“She’s an inspiration to all of us,” said Silje Kennedy, director of perioperative services. “She runs laps around all the kids and she’s kind of like out little boss on the days she’s around.”

Rigney is a surgical nurse who sets up patient rooms, keeps track of supplies and holds the hands of patients on the operating table.

“We are so lucky to have you here on your birthday, and every day,” Raylene Alred, a nurse of 22 years, told Rigney.