Passion opens a lot of doors, and one superfan of the Baltimore Ravens just walked through a big one.

John Harbaugh and the city of Baltimore scored a touchdown with the Ravens’ heart-warming plans for the NFL draft.

When the Baltimore Ravens got wind of an inspiring young fan, who regularly discusses the team with a local sports radio station, head coach John Harbaugh found the perfect way to include him in the team’s upcoming NFL draft selection.

Mo Gaba, 13, a three-time cancer survivor who has been blind since he was just 9 months old, will soon make history as the first person in to read an NFL draft pick in Braille.

While the superfan analyzed the upcoming draft on the Justin, Scott and Spiegel 98 Rock Morning Show, Harbaugh surprised him on the other line and shared some exciting news.

Mo will become the first person ever to announce an NFL draft pick in Braille. pic.twitter.com/5nMPpifA8t

“We heard about this guy named Mo that has incredible insights into the Ravens and what we do and how good we’re gonna be and we heard he’s one of our very biggest fans,” Harbaugh said. “We’re inviting Mo to announce our fourth round draft pick at our draft fest event at the Inner Harbor.

“What do you think about that Mo?” Harbaugh asked.

“What?! Really? I’ve never done that before,” a surprised and excited Mo said. “I’d like to do that, yeah.” 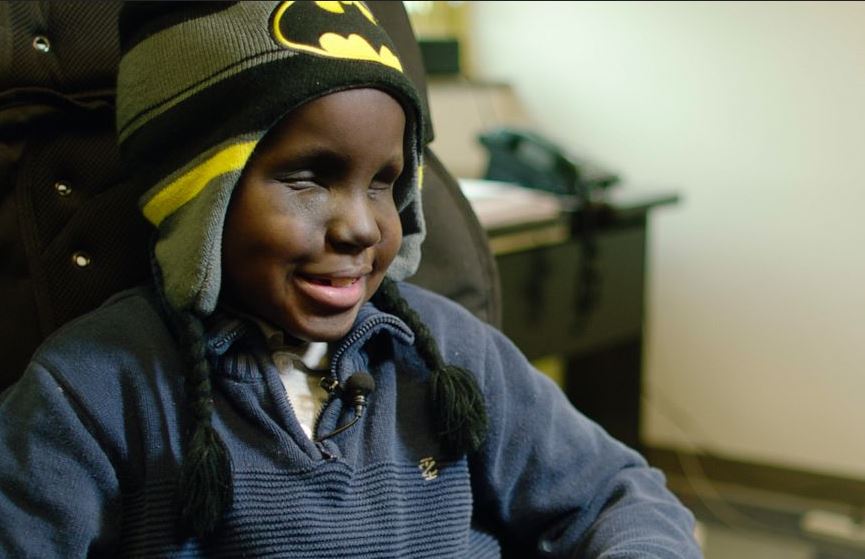 “You’re gonna be the first person in the history of the NFL to announce a draft pick written on a card in Braille,” Harbough told Mo. “How amazing is that going to be?”

One of the show’s hosts asked if this was the start of his budding sports broadcasting career, to which Mo confidently replied, “It’s gonna start this week.”

The Ravens told ABC News that they first heard about Mo through the radio show and a local news story in March, which highlighted Mo’s incredible bond with a resource officer at his middle school.

When the team heard Mo’s cancer came back for a fourth time, they sent its mascot Poe to a fundraiser for the boy on March 22. At that time, they began to consider plans to include him in the draft pick announcement, a representative for the team said.

Harbaugh said the team will “roll out the red carpet” for Mo and his mom, who will attend the draft day event at Baltimore’s inner harbor on Saturday, “just like one of our draft picks.” 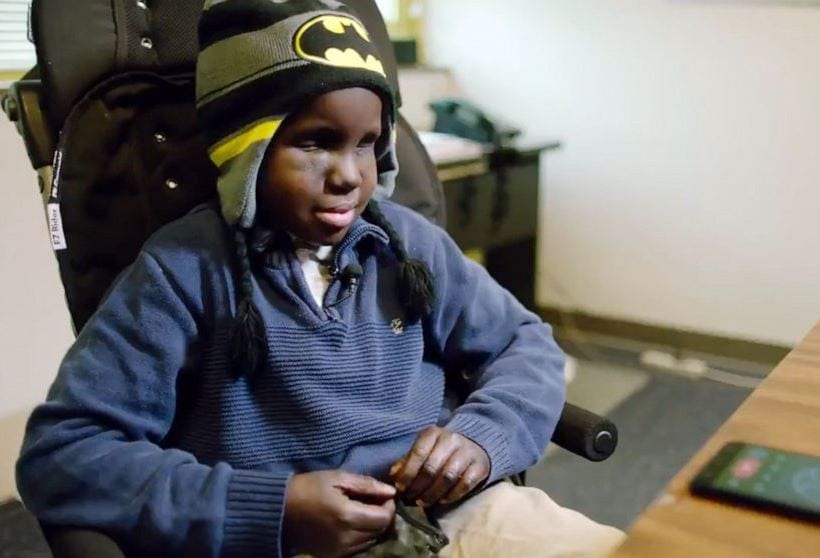 “It’s gonna be first class all the way,” he said. “There’s gonna be tons of fans down there, our players are gonna be down there — so many of our guys are fired up to have a great day and it’s gonna be really amazing.”

The video of their radio interview has been viewed on the Baltimore Ravens Twitter account more than 108,000 times as of Thursday afternoon.

Fans of the team have replied with sentimental reactions.

Listening to this live this morning made me smile, but watching the video and his reaction is even better!! Go get 'em Mo!! #tearingup

I wish I could like this tweet more times than just once. Always hear Mo when he calls into 105.7, great kid, I'll be watching him make history on Saturday.