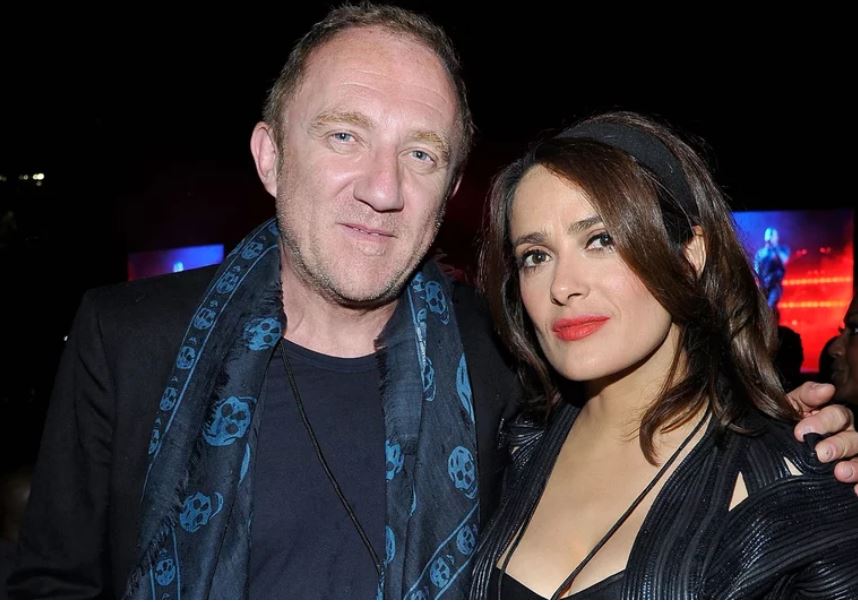 There’s always some kind of good news that can be taken out of such horrible situations. News like people banning together to rebuild and not focusing on race, religion, politics, or gender. People that just step up and do what they can with what they have. People like Selma Hayek’s husband who just made a shocking pledge for the upcoming rebuild effort.

Hayek‘s husband François-Henri Pinault has pledged €100 million (over US$113 million) to help rebuild the fallen Notre Dame Cathedral in Paris.

In a statement obtained by French newspaper Le Figaro, Pinault, 56, said, “My father (François Pinault) and myself have decided to release a sum of €100 million from our Artemis funds (the family holding company) to participate in the effort that will be necessary for the complete reconstruction of Notre-Dame.”

Pinault’s donation is the first major one announced. Through Kering, an international luxury group, his family owns and controls a number of businesses including Gucci, Alexander McQueen, Stella McCartney, Saint Laurent and Balenciaga.

The elder Pinault, who is 82, is worth an estimated $37.3 billion, according to Bloomberg’s “Billionaires Index“.

The Oscar-nominated actress and the businessman have a residence near the cathedral and were married in Paris on February 14, 2009, at the City Hall of the Sixth Arrondissement, which is less than a mile away from the historic church. 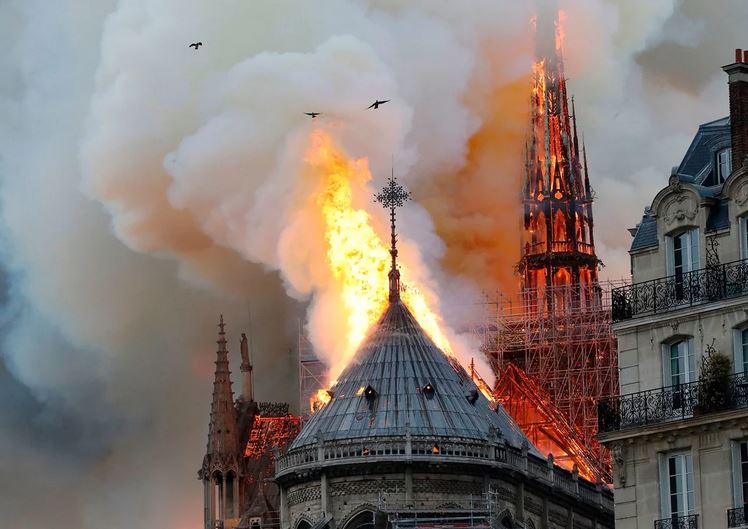 Pinault’s pledge follows French President Emmanuel Macron’s speech on Monday night in which he said the cathedral would be rebuilt.

A public fundraising drive has been announced and will open Tuesday morning in France.

“The worst has been avoided, but the battle isn’t fully won yet,” Macron, 41, told crowds outside the church.

He continued, “It is with pride I tell you tonight we will rebuild this cathedral . . . we will rebuild Notre Dame because it is what the French expect of us, it is what our history deserves, it is, in the deepest sense, our destiny.”

The blaze erupted around 6:30 p.m. Monday local time and appears to have completely consumed the landmark’s roof. The building’s towering spire fell and portions of the roof have collapsed, according to France 24.

Pedestrians flooded the streets to watch the blaze, many in tears, one Paris resident told PEOPLE. On Monday evening, a crowd gathered to sing “Ave Maria” near the cathedral.

A Paris fire official announced the fire had been contained and that the structure will be “saved and preserved.”