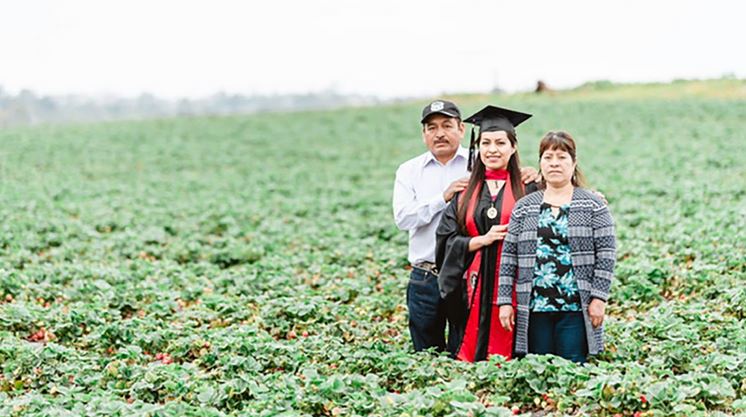 It’s hard to use excuses when you have people like Erica Alfaro out there accomplishing the impossible. After overcoming some of the most difficult obstacles, Erica graduated with a degree from San Diego State University. After such a long road to accomplishment, Erica thought of a unique way to honor her parents, who risked so much to give her a better life.

Erica Alfaro says she never forgot the advice her mom gave her when the two worked long hours together in California’s Central Valley tomato fields.

“One day, I was very tired and told my mom and she said to me, ‘This is how life is going to be from now on. The only people who don’t have to go through this get an education.’ Those words stuck with me,” Alfaro, 29, told CNN on Saturday.

Those wise words inspired Alfaro, who dropped out of high school when she got pregnant at 15, to dive back into education.

On May 19, Alfaro graduated from San Diego State University with a master’s degree in education, with a concentration in counseling. She decided to honor her parents in her graduation photos, standing in her cap and gown with her parents, in work clothes, in the middle of the fruit fields where her mother still works. 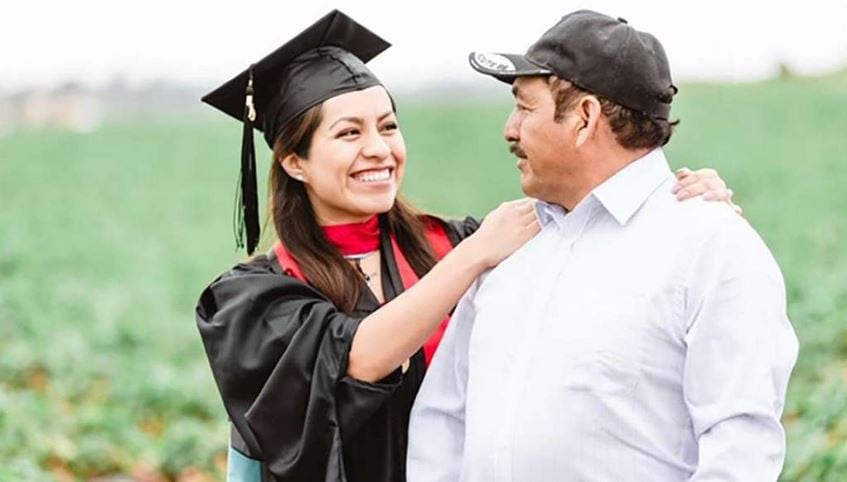 “With love I dedicate my master’s to my parents. Their sacrifice to come to this country to give us a better future was well worth it,” Alfaro said when she shared her graduation photos on her Facebook and Instagram accounts this month.

Growing up, Alfaro crossed the US-Mexico border for school

Alfaro said her parents are farmers who were never able to go to school. Her mother, Teresa Herrera, 51, and father, Claudio Alfaro, 50, are from Oaxaca, Mexico, and speak Mixtec, an indigenous language of Mexico. Both migrated to the United States separately and met later.

Erica Alfaro was born in Fresno, California, but raised in Tijuana as her parents moved back to Mexico in order for her mother to obtain a US residency.

During her time in Tijuana, Alfaro would cross the border every day to go to school. When she turned 13, the family moved to Oceanside, California, with another family and 11 people shared a one-bedroom apartment.

Alfaro said she, her brother and sister used to work with her parents in the fruit fields during their summer vacations.

When she got pregnant at 15, she moved in with her boyfriend, who she says made her sleep outside with the baby months after giving birth. She moved back in with her parents. 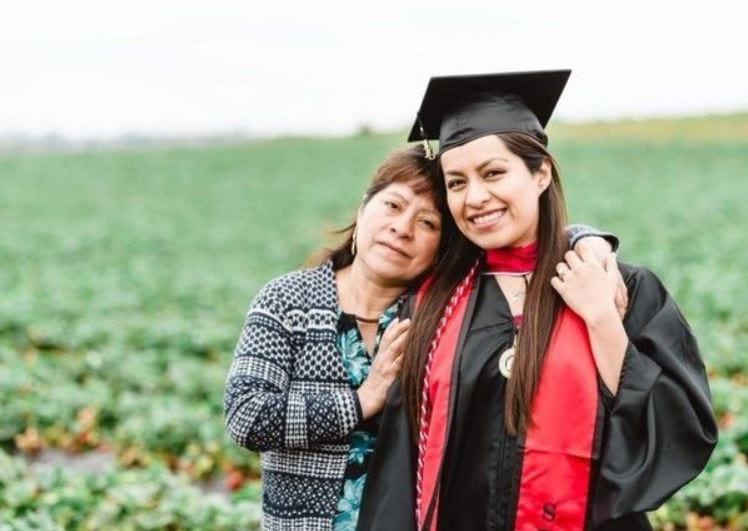 Alfaro credits her mother’s advice on education as her inspiration for going back to school. At 17, she enrolled in a homeschool program in Fresno.

She was accepted at California State University San Marcos, but during her first semester, in 2012, her son was diagnosed with cerebral palsy. Alfaro’s grades suffered, but she kept going, determined to give her and her son a better life — the life her parents worked hard to give her.

“It took me almost six years to get my bachelor’s degree,” Alfaro said.

Alfaro earned her degree in psychology from the university in 2017. She was selected to be the commencement speaker at the graduation ceremony.

“The reason I share my story is because I want to encourage undocumented single mothers, and people who suffer from domestic violence, to get an education and achieve their goals,” Alfaro said.

She said she hopes posting her graduation photos in the fruit fields will inspire others in the Latino community who are facing similar struggles.

“These photos represent many of us,” she said. “Our parents came to this country to give us a better life and we wouldn’t be here without them.”

Alfaro said her main goal now is to be a school counselor. She said she hopes to encourage underrepresented students to continue their education. She also wants to work with domestic violence victims and teenage mothers.